Total 2 Posts
Singer who won Eurovision for Portugal in 2017, with a song penned by his sister. He has much more depth to him than this, and is a genuine exponent of other styles of Portuguese music. 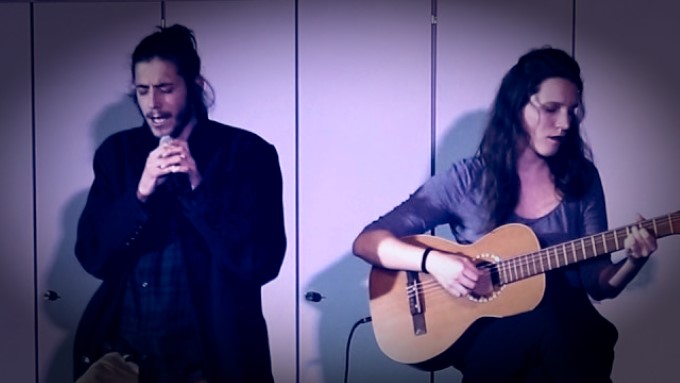 Salvador comes across as wildy eccentric and unworldly, while at the same time level-headed and sincere. There is a genuine backstory behind this, surprising in this age of made-up hype. In December 2017 he had a heart transplant, getting out of hospital on 12 Jan 2018.

He was already ill seven months earlier. He'd had another lesser operation just before the Portuguese heats. His sister Luísa Sobral was at the Eurovision final in Kiev in May 2017 not only because she wrote the winning song. She had special dispensation from the organisers to stand in for her convalescing brother during the rehearsals and meetings leading up to the event.

This family support meant that when Salvador was there he could concentrate on the essentials, such as his stage performance. And he had another advantage - he had thought deeply about what music and Eurovision meant in his life, and why it was worth making the effort to turn up. This showed up in his performance. It wasn't the usual frantic attempt to impress. He was very visibly concentrating on the song.

“We live in a world of disposable music - fast-food music without any content. I think this could be a victory for music that actually means something. Music is not fireworks. Music is feeling.” Salvador Sobral, May 2017 in Kiev, after winning the Eurovision Song Contest

His victory speech, with its famous "Music-is-feeling-not-fireworks" remark, was way outside the Eurovision norm. He is